Incredible Fishing Catches
Posted by Austates on March 8, 2016 in News 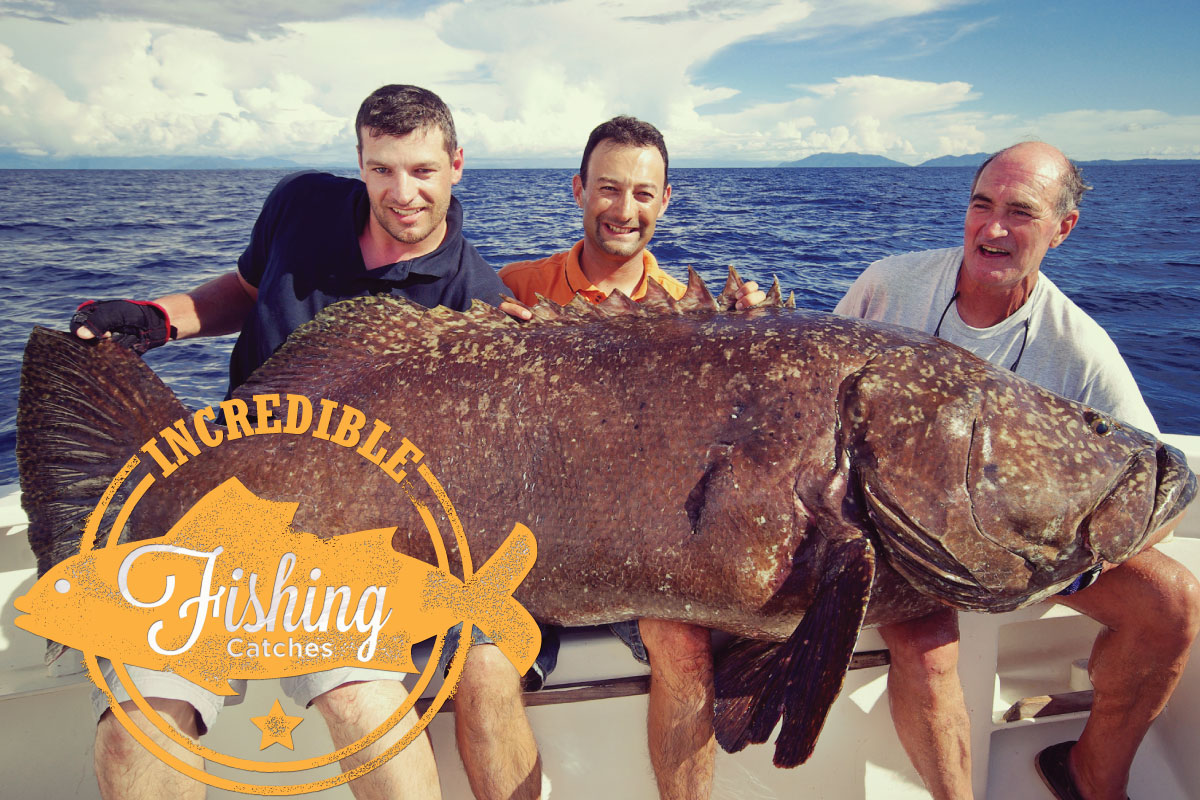 If you’re an angler with fishing ambition then no doubt you’ll be setting your sights on catching a world record fish.

The following amazing fishes catches show that with a little determination you can reel in the big one, you just have to be in the right place at the right time. 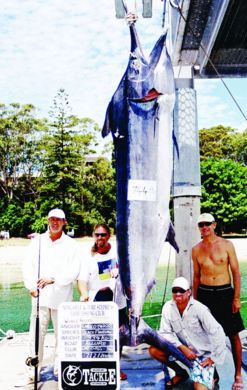 In February 2000, Enrico Capozzi, a light-line fishing specialist from Italy, caught a 735 lb black marlin in Port Stephens with a 6-pound line. According to Capozzi, the marlin trailed the bait for nearly half a minute before taking a bite. “The bait looked tiny in the fish’s mouth,” he said. The marlin didn’t even realise it had been hooked until it was gaffed. Then the struggle was on, even with four more gaffs it took Capozzi and his team an hour to get the monster fish on board the boat to achieve the world record catch. 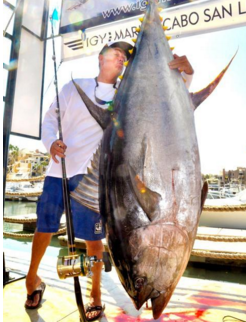 The yellowfin tuna is a battler of a fish so catching anything over 400 lbs instantly gives you celebrity status in the fishing world. The previous yellowfin tuna record stood at 405 lbs but in September 2012 Guy Yocum, a 55-year-old concrete contractor from California broke it with this astonishing 427 lb catch off the coast of Cabo. Not only did Yocum win a world record, but he also won $1 million from fishing company Mustad for using a Mustad hook. We think the name of his boat ‘El Suertudo’ (The Lucky One) says it all. 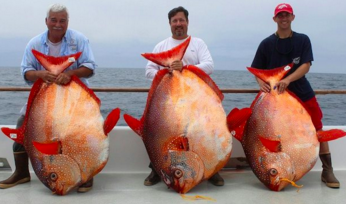 It’s incredibly rare to catch just one opah fish as they don’t normally travel in a school but this trio of anglers ended up catching three of them on the same fishing trip. The 124, 151 and 180 lb fish were caught in August 2014 by Armando Castillo, Joe Ludlow and Travis Savala, who were on a multi-day fishing trip with Excel Long Range Sportfishing, a San Diego-based organisation. The fishermen were looking for yellowfin tuna at the time. 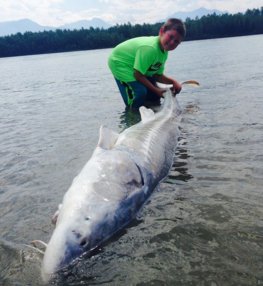 Nine-year-old Kegan Rothman was on a fishing trip with his dad on Fraser River in British Columbia in June 2015 when this little champion hooked into a 600 lb sturgeon. Kegan, who had been given the fishing trip as a reward for good grades, said of the experience, “It is the most excitement I’ve ever had with a fish. It was so hard to hold onto the rod. I thought the fish was going to pull me into the water.” His father and the guide spent an hour and 45 minutes helping the schoolboy reel in the fish which was later released.

Update: Kegan’s been at it again, this time catching a fish most people only ever dream about, a 400lb Blue Marlin. 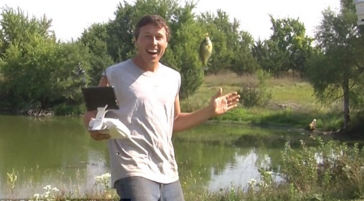 Although the fish Derek Klingenberg caught in August 2015 is not going to win any world records what makes it an incredible catch is that it was achieved by a drone. The Kansas farmer decided to attach a line to his drone and fly it over a lake near his home to see if he could catch anything. Amazingly he ended up hooking a small fish which the drone pulled from the water. Of course, Derek wasted no time in taking a selfie for Facebook and posting the drone footage on YouTube as any self-respecting 21st-century angler would.