Beautiful spiders discovered in our own backyard

Beautiful spiders discovered in our own backyard

Beautiful spiders discovered in our own backyard
Posted by Austates on August 20, 2015 in Lifestyle, News 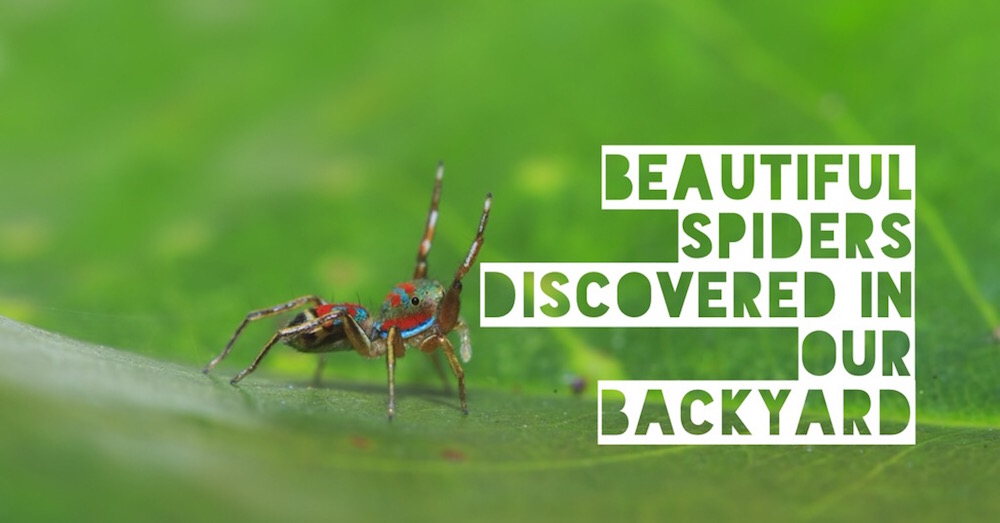 Australian spiders usually thought of as either being big, hairy and deadly, or small, black, and deadly. We have spiders so big they’re called bird-eating spiders. Oh, and there’s the dreaded huntsman spider (although despite its size, it’s much less dangerous than it looks).

Well, now we can add one more spider the list: the Peacock Spider.

This spider is likely to change peoples of perceptions of spiders, both by its looks and its behaviours. Close up, it looks almost as scary as any other spider. Zoom out, though, and this spider is almost cute enough to win over any arachnophobe.

Measuring in at a mere 5 millimeters, the Peacock spider (of the genus Maratus) is a vibrantly coloured jumping spider. The different species, as discovered and filmed by biologist and photographer, Jürgen Otto, can be seen on his YouTube channel or Flikr account. And going hand-in-hand with their brilliant colour schemes is their exuberant display to find a mate.

Much like the Bird of Paradise, these tiny spiders put on the most elaborate display to attract a mate. Extending the vibrantly coloured flap on their back to signal the attention of nearby females, the male spider moves side to side waving its rear legs in the air. If their display is adequately attractive, they get to mate with the female. The world of spiders is harsh, though – fail to impress and you’re likely to become lunch.

Jürgen, the German-born biologist, thinks this intriguing spider could become as iconic as other Australian animals. While not the original discoverer of the Peacock spider (which dates back to 1874), he has been instrumental in discovering many new species around Sydney and raising its profile. He even wrote Sir David Attenborough, and now the dancing spiders can be seen as part of the Life Story series narrated by none other than David Attenborough himself.